Works > How Gay To Be Fae 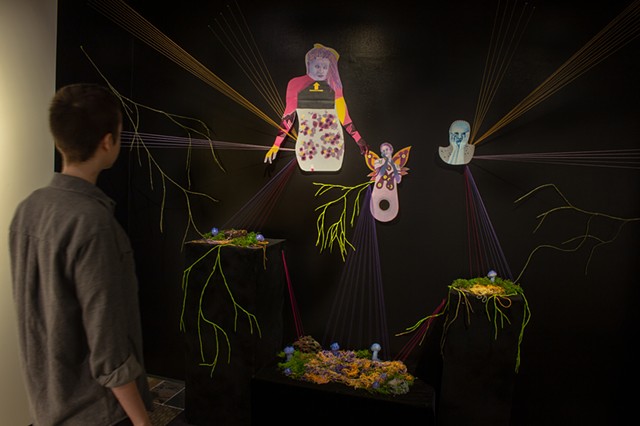 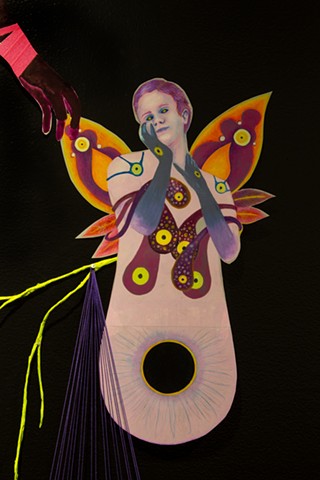 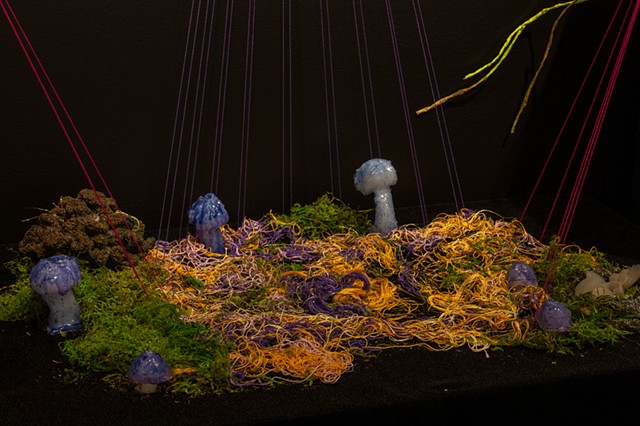 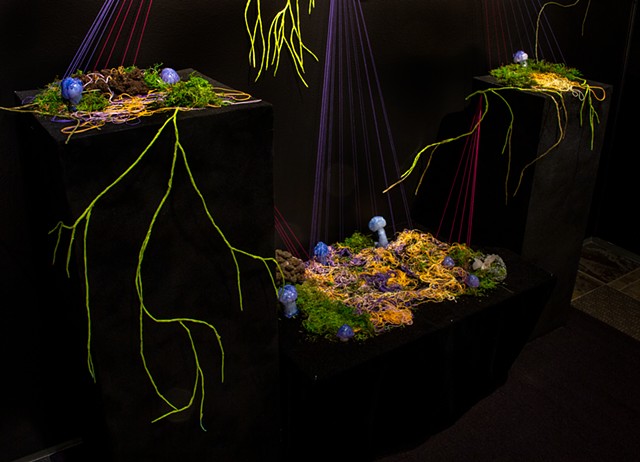 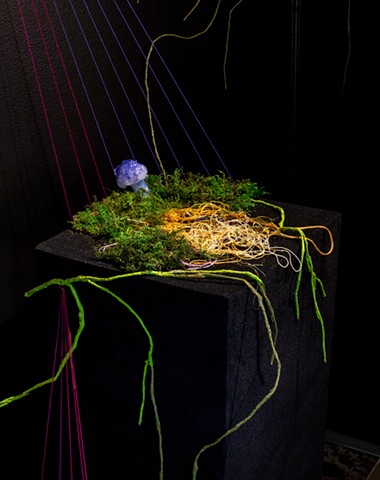 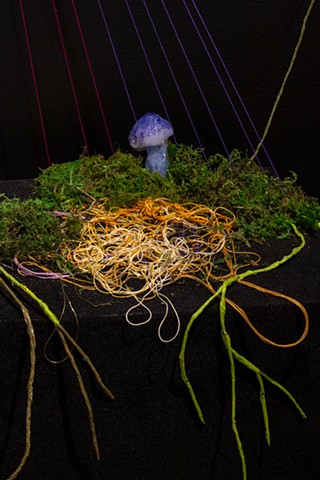 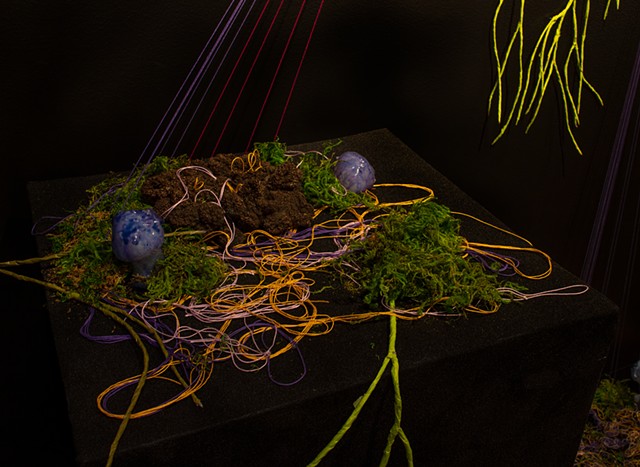 What a Fairy! Reclaiming its use from a pejorative towards Queer folk, I represent Queer individuals in this piece as the fantastical beings as which we might be mocked. Faeries are known in European folklore to be mischievous tricksters who mess with humans through mysterious pranks and deals that one should be cautious of. I employ the use of these beings to explore the misguided notions that Queer folk often are similarly unreal and intolerably mischievous. Transforming into the Fae, these figures open a new reality allowing for the existence of new representations that are sorely needed.

These Faeries are drawn portraits of Queer individuals in colored pencil and are generated through a discussion with the individual on desired appearance and natural forms. Each Faerie serves as a possible projection of their desired representation, allowing for a satisfying, alternate existence to open up. The Faeries are then housed within an installation consisting of silicone, thread, yarn, and moss that has been built up over months to masquerade as an otherworldly faerie ring out in nature.

Viewed as a door to the fae realm and a chance to interact with the Faeries, faerie rings present those that chance upon them the opportunity for communing with and learning from the mythical beings on the other side. Radials emanate throughout the entirety of the piece and fill the installation with a sense of radiating energy. The natural forms crafted from synthetic elements aim to mirror a build-up of an alternative identity common to Queer experience. I encourage the viewer to enter this space in an attempt to visually engage with this alternate existence and to be open to learn about new different forms of existence in these Faeries.